“Each new beginning comes from the end of some other beginning.”

It was the second day of the historic Bitcoin 2021 conference -Miami- and an excited and emotional Jack Mallers presented the work he was doing in El Salvador. All of a sudden, he slides on to a video in which Nayib Bukele-the President of the small Central American country – begins speaking with the typical terminology of any politician. But he ends by stating that the following week he will send to Congress a bill with which El Salvador will adopt bitcoin (BTC) as legal tender. 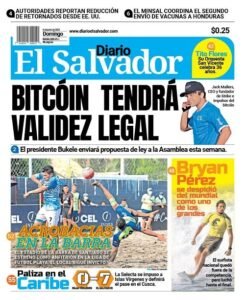 So, without anyone being able to predict it, a new chapter in the history of Bitcoin was opened. This historical fact frames the initial kick to the second stage of the life of Bitcoin: the final road to hyperbitcoinization. If the gods so desire, this is the first chapter of a saga that will have as it´s main focus to narrate from a holistic vision the road to hyperbitcoinization, that is the next evolutionary step of the human race. In this way the author is looking to help the reader informing him the current news of Bitcoin, but framing them in an appropriate historical context having as a laboratory what happens in El Salvador and always with a view to how this influences hyperbitcoinization. 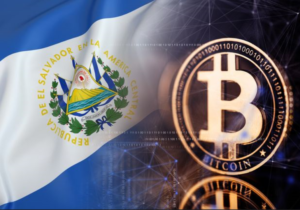 Two days after the announcement of what could have been a mere unfulfilled political promise, Bukele tweeted that he did indeed send the bill to Congress.

After that, Nayib performed a «Spaces» -which is the replacement for what the radio programs used to be prior to the internet,- and a few hours later Congress approves the

law. In this way bitcoin becomes in El Salvador «currency of legal tender, unrestricted with liberatory power, unlimited in any transaction and to any title that the natural or public or private juridical persons want to realize».

In the Spaces, the President explains that the law is public order, with immediate effect and that it will not be applied for accounting purposes since USD will continue to be used for this purpose. He also recognizes -in what seems to be an atypical gesture of humility among politicians-: «we do not know what the limits of this are, we will see it over time». Bitcoin is very difficult to understand and it is difficult to find people who do not fall into the trap of believing that they have fully understood it.

He also commented that there will be a fund -Trust fund- organized by the State, so that citizens do not suffer from the volatility of the BTC since they are obliged to accept it as payment. In this way the State assumes the risk of temporary volatility. It will be interesting to see how the executive branch of El Salvador becomes a trader. It would basically be a trader that is essentially making brief but continuous BTC longs against USD shorts. I can’t imagine a better and more moral source of income for a state. Can we already think about eliminating taxes or is it still too early? Let’s not forget that Bitcoin fixes taxes.

The President also spoke about a new residency law in which if you invest three bitcoins you get permanent residency. The unit of measure will always be BTC, not USD. It would be desirable for this amount to be changed over time downwards and to be reduced faster than BTC in price. In this way there could be more popular immigration and not just for high income earners.

He also said that they will improve internet connectivity and that he wants to become a country-sanctuary for cryptocurrencies.

Among his sayings I highlight the following: «This law will not change our macroeconomy». This statement is, in this author opinion, clearly erroneous. This author claims that «literally» he is wrong because this legal change will affect the macroeconomy one hundred percent, not only in El Salvador, but in the whole world. We do not know whether he made this assertion just by mistake because of his economic ignorance or by lying to buy time and thus solidifying the paradigm shift before the attacks begin. It’s hard to imagine a United States sitting on its hands while the USD collapses and with it it´s strong imperialism.

Bukele also said: «We don’t want to de-polarize, we want to attract investors and developers. We will have both coins as a form of legal payment». Interesting point that will allow us to have a perfect laboratory to see the USD collapse -in due time- against the BTC.

Finally, he acknowledges having taken inspiration and background from the Bitcoin Beach project, a local bitcoiner community. And then he said goodbye because it was time for the congressional vote. 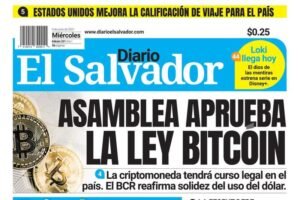 Minutes later the law was passed and served as a red carpet of welcoming for the President and El Salvador in order to enter through the big door into the history books of Bitcoin.

In what context all this happened

Bitcoin is a much stronger instrument of social change than agriculture, printing or the internet. Money is half the part on any exchange and there is no other human institution that influences culture as strongly as this.

We find ourselves in the eye of the storm in the middle of the beginning of the end of fiat coins, possibly the triggering the «Fiat-apocalypse» or de-fiatization (the counterpart of bitcoinization). This will lead us to an utopia or maybe a dystopia, we don’t know. But , without a doubt nothing will ever be the same after January 3, 2009.

Throughout human history, the market freely created the money that individuals used. In almost every opportunity money represented a value in itself: salt, silver, gold, cattle, cigarettes and even certain stones or seashells.

During the belle epoque (1850-1914) we lived the Gold Standard, monometallism. That is, the currency remained gold, but thanks to the technology of banknotes, cheques, credit notes, banks and financial technologies in general, that gold could be moved, safeguarded, verified and accounted much more easily than in its pure metallic version. This was mechanism was adopted globally as a Standard. While Government created the money, the reality is that each bill was exactly backed up by the amount of gold it claimed to back. And everything worked perfectly.

In this context we should not lose sight of two things: 1) gold was indeed the currency; 2) above gold there was a second layer that provided more convenience and advantages for transactions (the layer of financial services backed one hundred percent in gold).

Since 1914 the world started to abandon this gold standard and in 1971, by U.S. decree, the final nail in the coffin was put. At this time it began the largest and most nefarious economic and human social engineering experiment: the Fiat Standard. That is, the imposition of monetary socialism on a global level, exported from the U.S. to the rest of the world.

Except for minor exceptions, during the Fiat Standard the currencies were fiduciary -fiat- without gold backing or other property and administered at the sole discretion of the states. Basically the U.S. manipulated through the USD all other currencies. 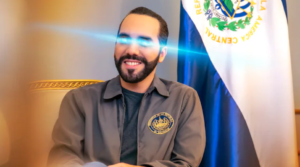 In this context, every historical fact of the life of Bitcoin was transcendent: the sending of the first transaction of Satoshi to Hal Finney, the expansion of the network, the determination of the price in USD for the first time based on the cost of electricity consumption, the purchase of two pizzas, the improvements to the protocol, the creation of the Lightning Network and a myriad of other facts that are not worth mentioning here.

Without prejudice to them, if this author had to choose two historical facts on the road to hyperbitcoinization, he would  pick the generation of the genesis block and the determination of Bitcoin as legal tender by the first nation state that recognizes it.

The following discussion on legal and accounting issues in Spanish talks about the possible local consequences of the new El Salvador-Bitcoin law; what tax implications a law like this has and what legal consequences a similar law approved in Argentina would have.

Link to the talk.

See you soon with the following chapter. .

About the author: Camilo JdL is a lawyer, philosopher and economist. Graduated from UNLP and self-taught in objectivist philosophy, stoic philosophy and Austrian economics. He defines himself as «bitcoin fanatic and working with Bitcoin since 2016». He is a writer focused on issues related to crypto-anarchy. He works as an advisor to crypto-fintech companies for the consulting firm camilojdl.com