About the morality of the Bitcoin law

“If we wish to preserve a free society, it is essential that we recognize that the desirability of a particular object is not sufficient justification for the use of coercion.”

On this second article of the El Salvador saga I will focus on the moral aspects of the law. I´ll elaborate on the following questions: 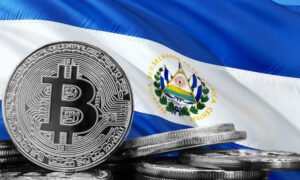 Where do we stand

For this topic let´s take as a starting point both the comments of George Selgin on this pod and those of  Nic “boiler of oceans” Carter did in his article and/or this other article. They are basically saying the same and pretty much simply condemn the coercive part of the Bitcoin law, articles 7 and 13.

“It is indeed probable that more harm and misery have been caused by men  determined to use coercion to stamp out a moral evil than by men intent on doing evil.”

This author agrees with the George and Nic since those regulations are clearly immoral but only from an agorist or libertarian point of view. Both political systems are basically founded on the belief that the initiation of coercion against someone that’s not attacking another person is immoral and hence it shouldn´t be done, much less turned into a mandatory law. They only recognize coercion as a defensive measure in order to be able to repeal attacks that are damaging people´s rights. They both have a starting point recognizing the right to one’s life and to live it in any way you want, but at your own expense. Basically this is the only “positive” right while all the other rights could be deemed as “negative” ones -and erga omnes-. Everyone has a right to live his life and no one has the right to end it or damage it. This means that people has the right to live their life by their own means, and even if they can´t make it, no one has the right to take anything from someone else in order to continue their existence. Basically because you have the right to your life but you do not have the right over other people´s lives and per mandate of reality, poverty is every human natural condition or starting point. As humankind we could really escape that natural state by recognizing people´s right to their own life which includes private property and derives from Natural Law.

“Good people do not need laws to tell them to act responsibly, while bad people will find a way around the laws.”

On to the discussed articles

On this interview Bukele affirms that “…article 7 protects the people because for people like in El Zonte – bitcoin beach – they have sats. And if they want to spend it for example in a pharmacy they´d be discriminated by the merchant that only accepts USD.” So, he basically tacitly affirms that there´s no free market for the pair USD/BTC. For some unknown reason he just decides to ignore the fact that centralized exchanges, decentralized exchanges, P2P and OTC desks exists. I don’t know what to think of this, but something smells fishy here and let´s take into consideration that Bitcoin is a huge objective truth-exposing machine.

The President justifies article 7 on the existence of articles 8 and 12. However, those articles only tone down the immoral aspects and consequences of articles 7 and 13. This is not a good legislation technique. One does not simply take some deadly poison diluted in mineral water in order get sick but avoid dying. The Bitcoin law could still push towards hyperbitcoinization and be ethical flawless if articles 7 and 13 are repealed.

“State is any identity that can retroactively pardon a crime.  If you pardoned murder, you get an army.  If you pardoned assault, you get police.  If you pardoned theft, you get taxation. And this notion that there is sovereign ability to change the rules for limited numbers of people and license them to do things which are otherwise criminal gives you a really clean definition of the state. The state is the thing that washes your hands when you do something which is inherently wrong.”  @leashless 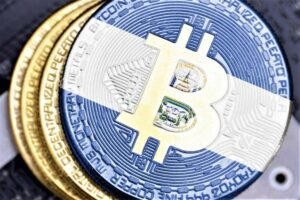 This author fully agrees with the previous definition of State so he´s not surprised by the immorality of the said articles of the law. Bitcoin fixes governments, republics, nation-states and many other organizations but it needs some time to do it. This law is overall a step forward on the minimization of the damage being done by governments. El Salvador bitcoin law is indeed a glimpse of light in a dark space. We may agree that the light should be clearer and more ethical but it’s a step forward on illuminating humanity out of the Fiat Standard and into the Bitcoin Standard.

On the following article I´ll address Chivo wallet and the beginning of Bitcoin-populism. Stay tuned.

PS: If you like this author´s vision of the state I recommend this great film.

About the author: Camilo JdL is a lawyer, philosopher and economist. Graduated from UNLP and self-taught in objectivist philosophy, stoic philosophy and Austrian economics. He defines himself as «bitcoin fanatic and working with Bitcoin since 2016». He is a writer focused on issues related to crypto-anarchy. He works as an advisor to crypto-fintech companies for the consulting firm camilojdl.com