“You can avoid reality, but you cannot avoid

the consequences of avoiding reality.”

On the 24th of June, 2021, in a National television broadcast ,President Bukele of El Salvador announced the launch of an official government wallet for its citizens. Airirdropped into this digital wallet is the equivalent of USD $30 bitcoin denominations (Satoshis) for each Salvadoran.
On the 6th of September, Bukele announced that he bought 400 bitcoins (valued at approximately USD$ 20,000,000 which he is now holding on the government balance sheet and that will be used, at least partially, to fund the airdrop.
The next day he started to make the airdrops to all users who have registered with the Government KYC wallet.
Shall we declare September 7, 2021, as the birthday of Bitcoin-populism?
A Word or Two About Welfare Republics

Welfare states are variants of socialism which in itself is a derivative of communism. These kinds of governments are essentially built on the assumptions that given a populous with enough leftists, or sheeple, residing within a specific republic in a specific geographic zone, the leading politicians may bribe their constituents, enter office buoyed by their votes and maintain a profitable racket through the permanent payment of bribes.   The bribes manifest in many forms but they are all part of the same system regardless of their legality. To name a few:

We recall a time when humankind were perhaps more decent and less selfish. People could hunt, fish and interact with nature’s abundance and easily produce and exchange value in trade amongst their communities. Then a some point, the State bullies into the gathering and sets up a hierarchy to turn a profit on this age old pastime and imposes a continuous onslaught of regulations to control and benefit from these activities now deemed lawful or not, moral or immoral. These heads of State do not fully outright forbid these activities, as to drive them into a black market. Rather they now stood guard as the gatekeepers of every essential activities. In this way, the monopoly of a license and permit market marketplace  merged.

These licenses merely cloak bribes created by the governments and sold to the license-holders which in turn forbids competition. The office of licensing now artificially gains more money at the expense of the society, victims of an unjust hierarchy. These practices themselves are immoral and should never be considered legal.

2. Government Contracts
Governments do not directly manufacture tanks, planes or military uniforms. Rather they work with approved vendors under highly lucrative contracts to produce needed goods and services. Awarding these contracts and their oversized sums to vendors, whether a huge arms dealer for the USA, a research scientist working or manufacturer, even in the case of municipal
employees, these rewards and payments are in partially bribes. These contracts leverage ongoing support for the official in exchange for the free flowing tap of government money.

3. Bitcoin Airdrops and Stimulus Checks
There is no camouflage here. These are clear as day flat out out bribes. The dialogue may well sound like this, “Hola Amigo, here´s some money from us, your Government, to you. Poverty will soon be knocking at your door, but we won’t let that happen. Can you hear our printing press go brrr? Well this new money is for you.”

Feeling a bit richer, Amigo does not know that he will actually be staying poor as these freshly minted fiat currencies weaken the economy.
People falsely believe their leaders are enriching them, and sheepling along, they do NOT understand Big Government is making them exponentially poorer. The value of these bribes is derived from from taxation, monetary inflation, and other sleight of hand. A government whose establishment continuously steals from itself and its people is, without a doubt immoral.
Prosperity, capitol and community will elude them. 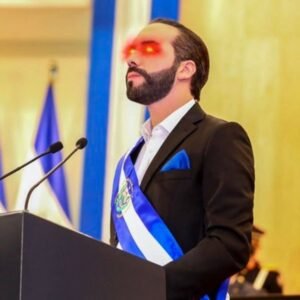 In this talk, President Bukele declares that, “populism is the political doctrine which advocates for the defense of the wishes and aspirations of the people.”
Is this the definition of populism? No, I don’t believe so. Rather, these are the words of an autocrat exercising his power. Bukele is running a large, and heretofore unknown, experiment.

Yet at the same time, I could agree that Welfare Republics, that fill their coffers with the aforementioned bribes, are quasi-populist. The more it bribes, the more populist it is. From this we could correctly conclude Venezuela and Argentina are firmly populist and Liechtenstein and Monaco less so.

It´s bears no mention that current populism is being paid in fiat. And as I have heard time and again, There ain’t no such thing as a free lunch. These governments simply produce all the money they want to send bribes up and send bribes down. It’s a neat trick and makes an easy mark of the people. Bear in mind that most of these people are sheeple and the immorality of accepting and holding fiat is beyond their purview.

For a perfect example of how this unsustainable system is perpetuated ad infinitum we can look to Argentina. The aforementioned “monetary trick” is extended forward in time by increasing taxation, printing more money and by a steady devaluation of the currency. From 1949 to the present, all the Argentinian governments have been increasingly populist and distributed more bribes over time. All the while currencies prior to the peso were devalued into non-existence in a death spiral of hyperinflation. The current token of the ArgentinianGovernment, the ARS, has a 60% yearly loss of value. How is this OK? It’s part of the politicians master plan to retain power, no matter the cost. 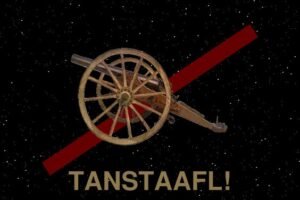 Argentina is not alone in this; all democracies tend to do the same. I use this South American country as an illustration because such an extreme serves as a good example. We can clearly see the USA is ambling along the same path.

So far we’ve delved into fiat-populism, but what about bitcoin-populism? How could that work?

El Salvador is a populist government with a sizeable monetary problem well before its adoption of Bitcoin as legal tender: they don’t print their own money. They can’t as their own currency was totally devalued and the are now pegged to the US dollar.
And now additionally Bitcoin joins the US dollar as legal tender. And following in the footsteps of great populists, Bukele is airdropping free money to his people. And it is uniquely being dispensed not in dollars, but Satoshis.

Bitcoin populism could be defined as any form of government bribing it’s populus with sats rather than fiat. This can be parlayed as long as the Government has fiat to purchase those sats (400 Bitcoin worth in this instance). And so El Presidente has kept his promise on the notable day of September 7, 2021.

What happens next? What’s preventing any and all governments from intentionally generating (hyper)inflation in order to stack sats (buy bitcoin) at a cheaper price than anyone else by using their own money printing machines?

I can only wonder if governments engaged in this will help or hinder hyperbitcoinization. In either case, will bitcoin citadels help us in the meat space?

Let us hope these transition are smooth and non-violent. Time will tell the story of populist leaders and their tale of instituting the use of the most scarce asset on earth.

Reccommended follow up readings:
Democracy, The god that failed. By Hoppe.
Discovering Bitcoin. By Giacomo Zucco.

About the author: Camilo JdL is a lawyer, philosopher and economist. A graduate of from UNLP, he is self-taught in objectivist philosophy, stoic philosophy and Austrian economics. He defines himself as «bitcoin fanatic» and has been working with Bitcoin since 2016. Camilo is also an entrepreneur and works as an advisor to crypto-fintech companies for the consulting firms camilojdl.com and 21m.online

Democracy, The god that failed. By Hoppe.

About the author: Camilo JdL is a lawyer, philosopher and economist. Graduated from UNLP and self-taught in objectivist philosophy, stoic philosophy and Austrian economics. He defines himself as «bitcoin fanatic» and has been working with Bitcoin since 2016. He´s an entrepreneur and works as an advisor to crypto-fintech companies for the consulting firms camilojdl.com and 21m.online